Fathom Communications wanted a hyper-accommodative and interactive app that can be restructured on all angles to fit in its brand, collaboration, and experience building ideas conceptualized for the businesses they serve for.

The app was meant to serve as an ultra-flexible medium that helps Fathom Communications in clearly conveying its prospective clients how they can engage, retain and keep customers connected.

Landing on the right SDK was tricky as Fathom Communications demanded support for both iBeacon (micro fencing) and geofencing. Adding to this, the SDk has to support both Android and iOS native platforms and provide room for customizability.

For Augmented Reality support, the app needed a customizable SDK that can accommodate AR target and model changes that happen dynamically.

A series of conversion logics were needed in order to process user data and evaluate based on scoring criteria to generate accurate results.

The possibilities of leveraging on well known SDKs were narrowed down by the facts that the client was specific with the hardware (iBeacon by Qualcomm) and support for both geofencing and microfencing. Hence, Contus researched, tried and tested several SDKs to find the best one that can fit to the requirement and finally zeroed in on Gimbal.

Using Gimbal, the SDK that supports both iOS and Android platforms, Contus techies were able to bestow sharp microfencing and geofencing capabilities into the app which happens to be one of its prime necessities to deliver the intended customer experience.

Contus, with exclusive development teams for Android and iOS, created apps with scope for integrating highly interactive aspects like Augmented Reality and iBeacons which enabled the advertising firm live up to its client's expectations.

Fathom Communications were bestowed with an agile medium that helps them project their ideas in a more practical and easily understandable way to clients. Thus the advertising agency was able to win more clients from retail consumer sector and automobile industry.

For incorporating the AR scanner feature into the app, Contus, after considering SDKs like Vuforia, Metaio, chose Catchoon. As the app required support for dynamically changing targets and AR models, Contus' techies mediated talks for perfecting the SDK's issues to achieve the expected flexibility.

In order to process individual user actions, collectively compare them to generate leaderboards and get an insight on a variety of other key metrics, Contus structured multiple conversion logics. These algorithms process the data fetched in real-time to throw instant updates on leader board positions and measurable metrics useful for evaluating the campaigns reach.

The app was bestowed with features to give users the access to know the tasks to be performed and other engaging aspects related to it. A few among those features are as follows:

Agendas inform the users about the activities scheduled in connection with a branding or promotional campaign. Users can look into Agendas to know the tasks set for each day along with time, venue and other necessary information.

Engage, as the name suggests, opens up the list of engaging features created by Fathom Communications for the brand they are serving for. Surveys, quizzes and media contents posted in the backend can be viewed through the app. The Beacons feature helps in performing tasks that require probing into microfenced locations while the AR Scanner can be used to scan targets and earn points or rewards.

The dashboard, in real-time, divulges details on several actions being performed like number of user participation, surveys taken, videos watched, AR scans etc., Based on the actions performed, the conversion algorithm does the duty of updating the leader boards.

The E-Score reveals information on user name, type of task performed and points earned along with date and time details helping brands to dig to granular level to measure the success of their campaign.

Google analytics was integrated for brands to get a deeper insight. To measure participation on tasks involving iBeacons fencing and AR scanning, the analytics tools provided by the respective SDKS Gimbal and Catchoon were integrated to the backend. 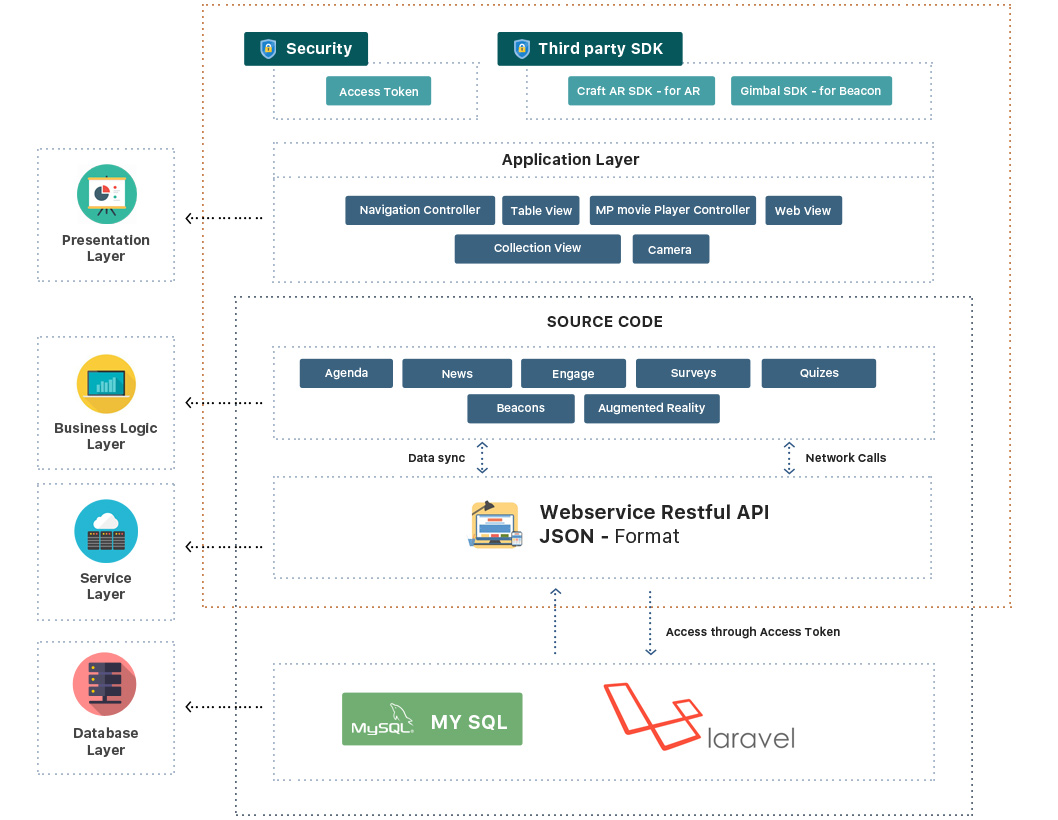 #CONTUSIsReady Do Digital Now For The Future

To empower your business ROI with hyper-converged technologies to bring a Global Enterprise-grade products for a quick-to-market strategy.